Films made by fans that you've most likley never heard of, but could give Hollywood a run for it's money.

Vic Mignogna and team are aiming to produce the completion of the final two years of the original STAR TREK series (which was canceled in 1969 after 3 seasons).

This exellent series started in 2013 and the first episode was released in 2014.

So far they have made amazing progress, producing high quality episodes at an impressively consistent rate.

Each episode features 2 super powered icons from comics or films. The outcome of each fight is done by public vote, so it's your choice to decide who wins.

The costume design, visual effects,  fight choreography and characterisation are usually of a very high standard !

Go to the main site to vote for new Beat Downs or to see more classic Battle Royales. 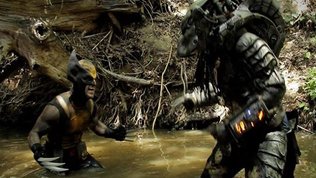 The series was created by James Cawley in April 2003 and is one of the earliest fan productions which looked good enough to be broadcast as a real tv show.

The series was released exclusively on the Internet and was a continuation of the original Star Trek series. Beginning in the 5th and final year of the starship Enterprise's 5 year mission.

The first episode of the series was released in January 2004, with a new episode being released at a rate of about one per year.

Many loved Star Trek actors such as George Takei, Walter Koenig and Denise Crosby guest stared in the show as well.

Unfortuallty due to the Axanar fan productions court case with CBS (which is not fault of the new voyages team) The production of New Voyages has now decided to finish making any more episodes of the series.

This short fan film was written and directed by Sandy Collora. It premiered on 19th July 2003 at the San Diego Comic-Con, and was then released on the internet. The film crosses over the Batman, Alien and Predator franchises.

Sandy Collora went onto make a similar Batman/Superman project basied on World's Finest Comics, with much of the same cast and crew in 2004.

(UPDATE jan 2019:)  Alec Peters was taken to court by CBS for copywite infringment.

Alec Peters settled in 2016 with CBS and he  agreed to only shoot two 15 minuate episodes instead of a full length feature film. Three years on, Axanar still remains in production limbo and there have been many questions about the production.  As of 2019, filming has still not begun & no date has been confirmed for it's release.

Most of the main acting cast and the director of Prelude to Axanar are no longer working on the new film.

Axanar is the story of Garth and his crew during the Four Years War with the Klingon Empire, which almost tore the Federation apart.

Written & produced  by Alec Peters, the film is planned to include professional actors.

Revelations is a fan film released on April 17, 2005, created by fans of  the Star Wars saga.

The film takes place between Revenge of the Sith and A New Hope, and explains why the Jedi Order was extinct in the original trilogy.

Even though this is a little dated, compared to the average fan films of the time, Revelations was 47 minute epic and costed over $15,000, making it one of the first big budget fan productions of it's time. 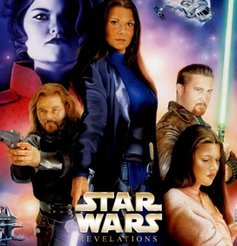