So stuck what to do for a FUTURE THEME ?

Read through our guide & let us help you

Also try mashing up 2 or 3 of the themes together. 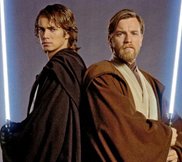 Planet of the Apes & Futures ruled by an alternative species e.g. Mutated Insects

A normal  clothing or Boiler Suit with a Full Monkey Mask & Hands. A nice touch would be to make a t-shirt with a slogan say something like 'Humans are Slaves to the Monkey Race'.  The same costume could be done with different masks (e.g.  Pig, Rat, Mutant or Ant etc...) This Theme works well if someone else goes with you as an Enslaved Human !

Either 1: A base of metallic body paint with details of rivets, seams, circuit bord prints or just glitter highlights. 2: A  plastic looking foundation and slight lines to make it look like parts of the body are plastic plates. Bright contacts and clothing could be normal clothes or a mix of high fashion silver sequins.

Look up Westworld, Steven Spielberg's A.I. or Ex Macihina for a rough guide.

Much rougher look, ripped skin to show metal underneath. This can be done with Fx Wax or Liqiud Latex to make the ripped skin and sliver body paint or tin foil patches for the robot parts. Use fake blood and contact lenses to enhance the look.

Either Painting  small sqaures (or  glue paper squares) over the face and clothing to make you look like you've been designed on a computer screen.

People from the Capitol... Very over the top fashion with lots of colours, sharp lines,Visors, oddly shaped jackets and dresses. Lots of glitters, heavy U.V. nail polishes, fake tans,  bright hair dyes (also same for the men so dye your beards too.) Basicly ANYTHING GOES !

Bit like Hunger games, but more over the top, parts of the costume made from bright rubbers, P.V.C. or see-through plastics. hair sculpted and dyed. Make up strong but matching to costumes.

from a cardboard box. Brightly coloured bolier suit or a metallic cat suit underneath.

Go as the movement of TIME it's-self. As a big clock or a giant calender with a future

boots, one eye lash and a big stick.

Gas masks, Goggles, shaved or spiked hair and make up roughly put on in whites,

There are lots of options to choose from, easier costumes are Jedi knights:  Browm robes with a white tunic and trousers undneath, brown belt, boots and light sabres Or... The 'Han Solo' type space rogue : Big boots, holster with other attached gadgets square shaped waist coat loose shirt and blasters.

Federation crew: A red,yellow or blue sweater and black trousers, plus props... however the Star Trek aliens are more fun. Also look up Andorians, Orion Slaves and Romulans.

The Hitchhiker's Guide to the Galaxy

Easiest option is Arthur Dent, who is wearing Pyjamas, a Dressing Gown and holding a Towl & a copy of the Hitchhiker's Guide as a prop.

Either a Gypsy with Crystal Ball (Soothsayers look a bit like druids)  or modern day T.V. Horoscope/Clairvoyant.

The End of the World  Believer

Basicly a big wearable sandwich board with a slogan like 'The End is Nigh!' or 'The Apocalypse is Coming!'

Survivors from Nuclear War, End of the World or A Fatal Epidemic.

Old dusty suit, bandages, dust mask/gas mask,radiation meter,messy hair, make up to make you look 'ill' and drawn out (blistered skin, boils, cuts or burns etc...) seetv series  The Walking Dead or films The Road or The Book of Eli

Massive range of costumes and Ailens from the show. If going as the Doctor make sure you have a Sonic screwdriver !

Either as a group all dressed exactly  the same, possibly have the word 'C.L.O.N.E.' followed by a number printed on clothing or even written across your head.

Go as someone preserved for all time. Lots of white and blue make up and clear glitter gel to get the look of ice. You could even make a prop temprature gauge and sign saying e.g. 'Cryogenically Frozen de-thaw after next Century' 3

Ghost of Christmas Future / Death / Four Horsemen of the Apocalypse

Black Robes & Skull mask + gloves (you could also use face paint instead of a mask) and Scythe .

Use a large card box to got as a piece of future tech, or make a large poster advertising the futre thing.

Lots to pick from, but going as a Hologram with a 'H' on your forehead. Will be simple and affective.

Futurama, the Jetsons & other Futuristic Cartoons

Again loads to pick through, Professor Farnsworth could be easliy done with a lab coat, thick glasses or goggles and a bald cap. These are good themes for families & groups.

Make a wearable Spaceship out of card and plastic pipes. The old 50's rockets would look super cool.

Anything that's been changed in a lab by Scientists.  A chicken costume with 4 wings or a tomato costume with a label stating 'G.M. foods'

Your Older Selves or a Celebrity 30 years from now.

Or for Celebrities maybe the O.A.P. verson of the spice girls etc ?

Black or white jumpsuit fitted with E.L wire (ask us about this).  Reflective safety tape in angled patterns can also be used to make a great effect.

Like normal punk but with circuit board tattoos, and hi tech implants (this could be done with body paint or actually gluing circuity props to yourself.

Back to the Future

Back to the Future part 2

Check out the film for lots of great looks esspecally Giffs Cyberpunk gang and the future Marty McFly.

A Character from a sequel of a film that hasnt been made yet.

Like Rocky 9 (a very old boxer), a sci-fi remake or a make a big wearable poster for a sequel to a movie with your head through it.

To name but a few, check out Mass Effect, Halo, Half Life and Bioshock

Normally plain clothing or a jumpsuit and a piece of flesh ripped off the face to show some sort of Ailen underneath (we know of various ways to do this effect). You could also have a tail or extra arm coming out of the costume.

These are just sample of  ideas for the Bestival .

We have loads of accessories in store to make up other types of Futuristic costumes.

Please visit us to see the full range of products.

This is just a small selection of ideas for the FUTURE theme.

Pop into the shop to ask us about other themes

We are the biggest and only dedicated Fancy Dress Shop